The Chengdu Shu Brocade and Embroidery Museum, which is adjacent to the Huanhuaxi Park in the west of downtown Chengdu, is a treasure house of gorgeous silk weavings including screens, garments, handkerchiefs and pillow covers, and an array of ancient looms.

Chengdu, reputed as the “Land of Abundance,” has a history of more than 2,000 years of hand-woven brocade craft. Since Sichuan is called “Shu” for short, the brocade produced in Chengdu, the capital city of Sichuan, is known as the Shu Brocade. It is endowed with rich cultural and artistic connotation with a high value of appreciation and collection.

As one of the most important intangible cultural heritages in China, the Shu Brocade is one of the most famous Four Chinese Brocades, which also include Song (Suzhou), Yun (Nanjing) and Zhuang (Guangxi) brocades. 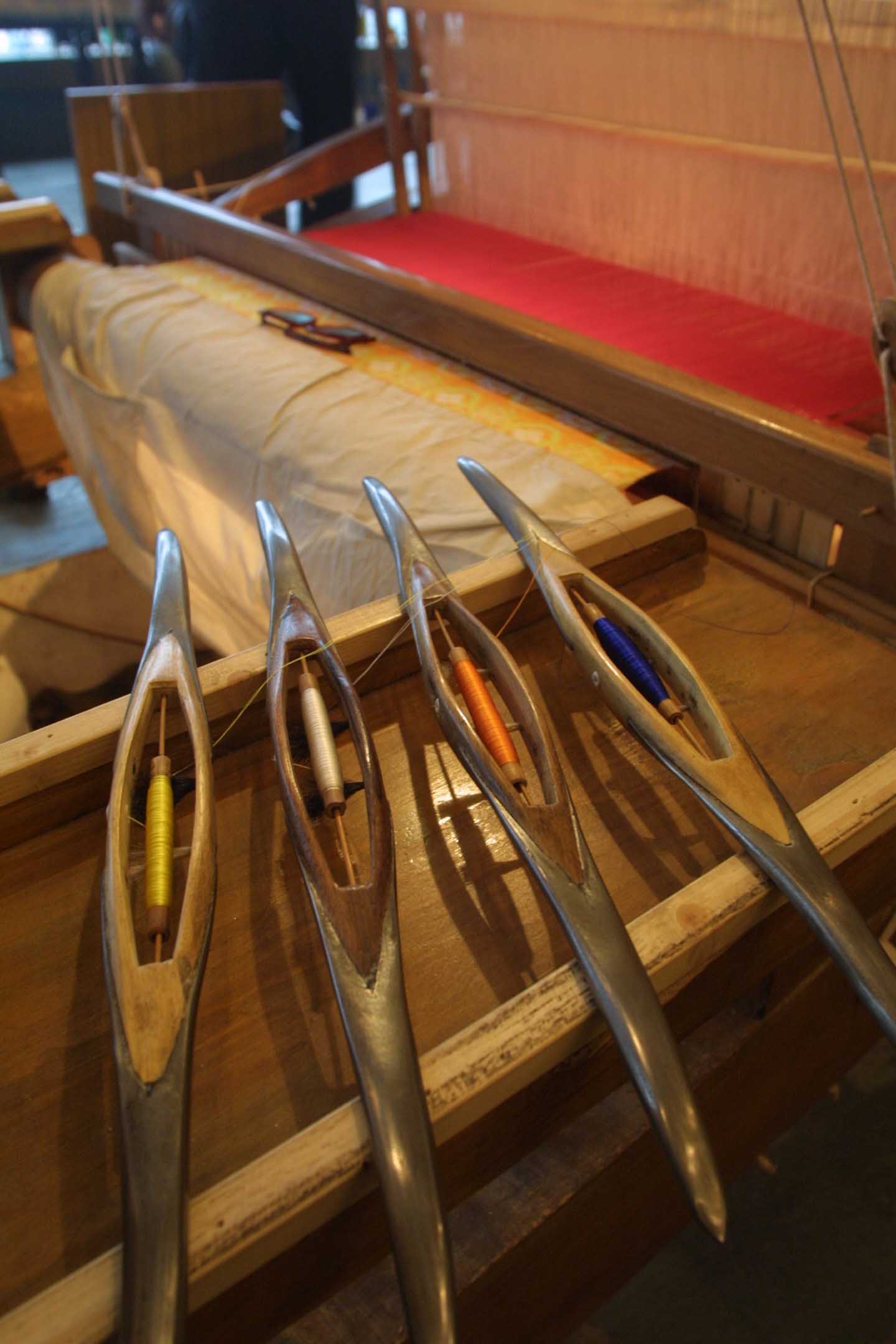 The Shu Brocade has a history of more than 2, 000 years. The history of sericiculture and silk handcrafts in China can be traced back to the ancient Sichuan, which is the cradle of Chinese silk. The earliest record of the Shu Brocade was in the Spring and Autumn Period (770 – 476BC).

By the Warring States Period (475-221 BC), the Shu Brocade had become an important export commodity, for which the famous South Silk Road was blazed from Chengdu to the Middle East via Yunnan, Myanmar, India and Europe.

From the unification of China in the Qin Dynasty (221 BC – 207 BC), the Shu Brocade gradually spread throughout China. In the Han Dynasty (206 BC – 220 AD), Sichuan silk cloth became so popular that almost every nobleman in the country had a suit made from it and the central government appointed a special officer in Chengdu to supervise the brocade weaving industry, which is why Chengdu is also known as the “City of the Brocade Officer”.

The Tang Dynasty witnessed the most prosperous period of the Shu Brocade production. The Shu Brocade handicrafts not only were luxurious articles possessed by royal family and nobles, but also became an important trading item for the exchange between the East and the West connected by the Silk Road.

The Shu Brocade of the Tang Dynasty represented the top level of ancient Chinese handcrafted silk. 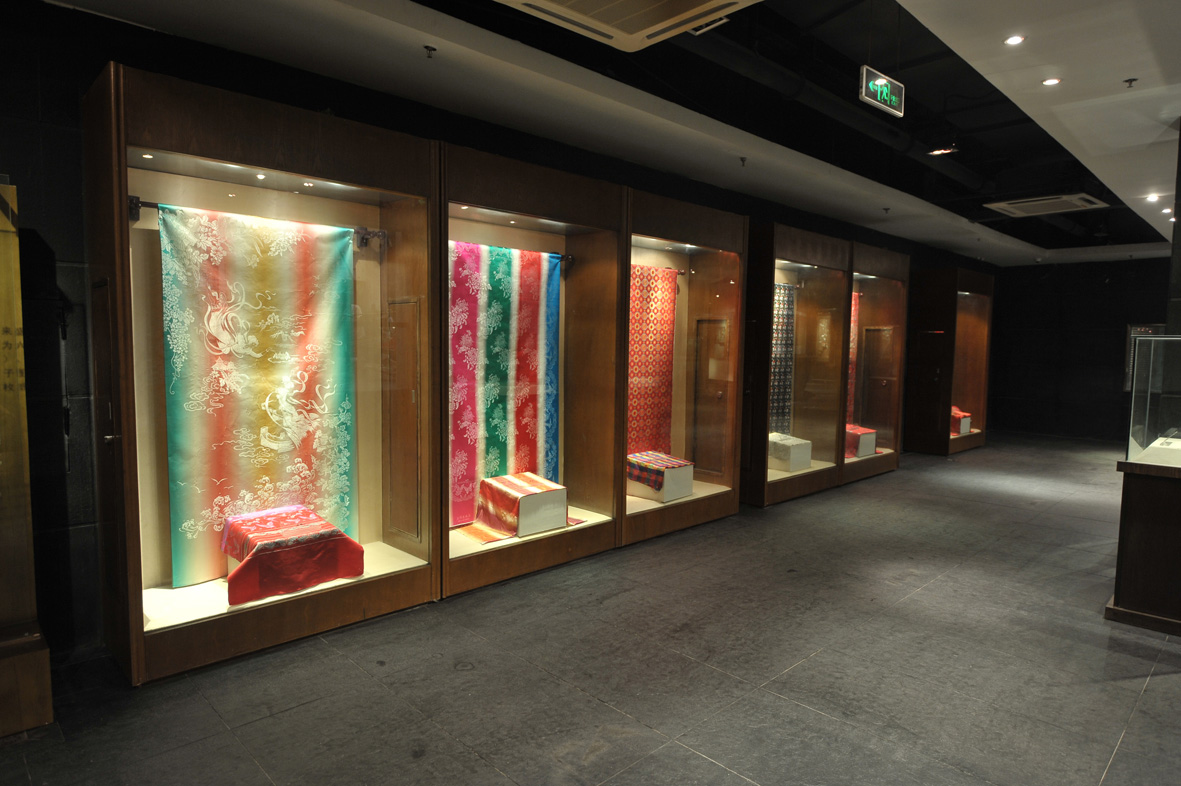 The Shu Brocade features luxuriant appearance, bright color, elegant pattern and propitious design imbued with rich folklore and regional characteristics. In the Tang Dynasty, it had various patterns such as tartan, lotus, tortoise shell, beads and beasts. In the later years of the dynasty, the patterns became more diversified.

The motifs on weft-patterned Shu Brocade include lanterns, balls, lion, lark, crane, peacock, and different kinds of flowers. Typical patterns are Crane and Pine Trees, Phoenix Worshiped Birds, A Bumper Harvest, Magpie and Plum Blossoms, and Phoenix and Peony, which all have auspicious meanings. 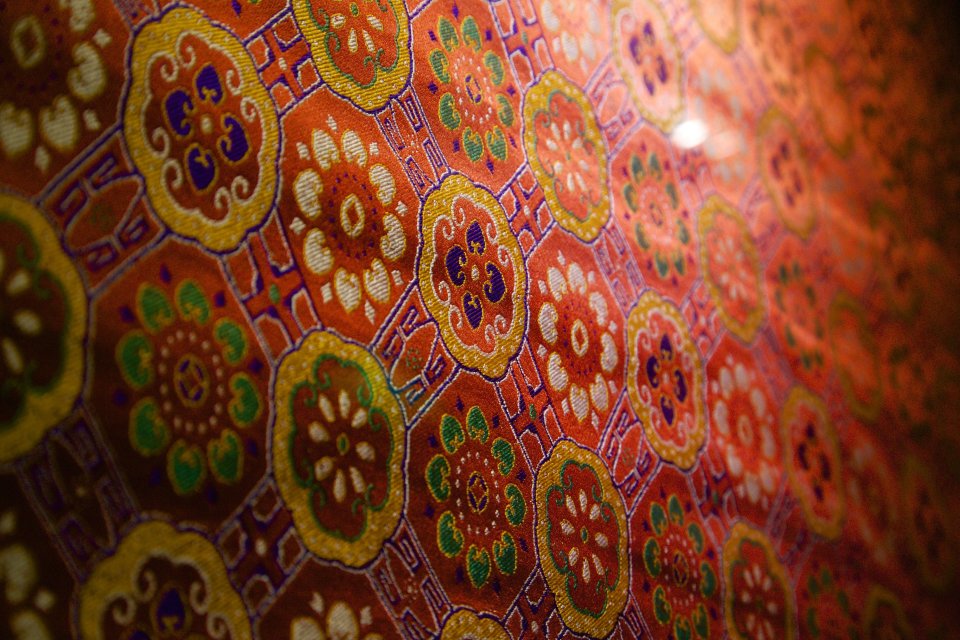 The Shu Brocade works have a wide range of ornamental and practical applications, such as garments, quilts, pillowcases, screens, scrolls, articles of clothing, ladies’ shoes, and a host of other articles of both practical and artistic use, such as tapestries. It has also become an integral part of the ornament of women in the ethnic groups of southwestern China.